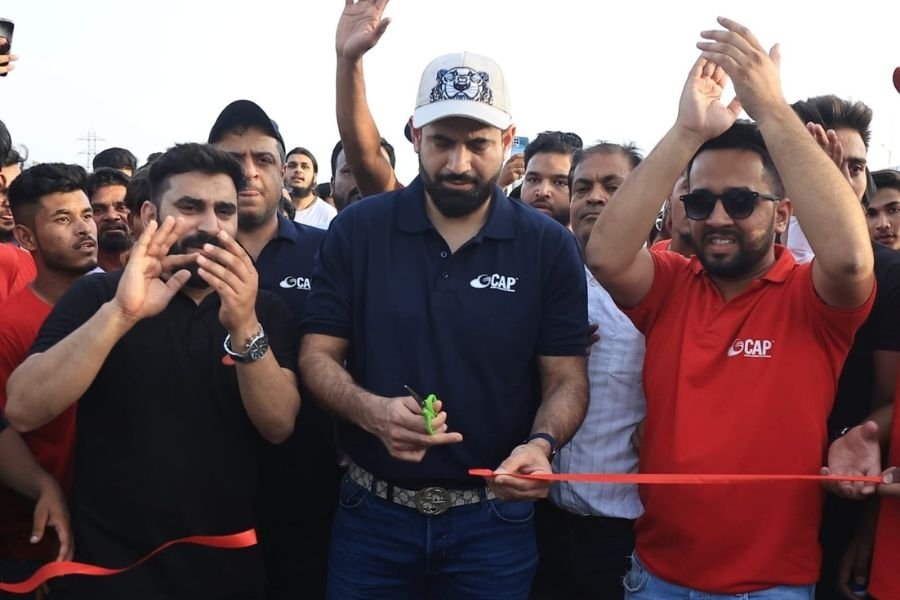 May 31, 2022By dsprime2 Comments on Cricket Academy of Pathans (CAP)’s 30th center launched by Irfan Pathan in Bhopal (Madhya Pradesh) Bhopal (Madhya Pradesh) [India], May 30: Former dynamic all-rounder and co-founder of Cricket Academy of Pathans (CAP), Irfan Pathan, inaugurated the maidan centre of CAP in Bhopal. He was accompanied by the Managing Director of CAP, Mr. Harmeet Vasdev. The academy will provide world-class facilities and excellent infrastructure coupled with qualified coaches to teach and develop budding cricketers in Bhopal.

Irfan Pathan, Director, Cricket Academy of Pathans, said, “Bhopal is one of the largest cities in the region with a large appetite for cricket. With the launch of CAP in Bhopal, we are expanding in the heart of the country. We are looking to tap into the huge reserve of young cricket enthusiasts and give them world-class coaching infrastructure so that the city can start churning out district, state and national level players.”

He further added, “Cricket Academy of Pathans (CAP) has grown many folds since its inception and has emerged as the most trusted brand in the field of cricket coaching. Due to its massive popularity, we are getting requests from foreign countries and gulf nations to open our cricket academy in their countries. We are in talks with a few such investors, and hopefully, we’ll be taking CAP at the international level.”

Taking some time off from the inauguration ceremony of the Bhopal centre, Irfan Pathan shared his cricketing experience of playing at the international and national level with the budding cricketers of Bhopal. He stressed the mental aspect of cricket and asked the coaches to work with players on the same.

According to Mr. Harmeet Vasdev, Managing Director, CAP, “It’s encouraging to see that the goal of Pathan brothers, to provide talented players with a proper platform and the support to help them develop into a complete player, is being fulfilled. CAP is continuously producing talented players who are playing at the district and state levels representing their team. In the recent past, many of our players have gone on to play in Ranji Trophy, C K Nayudu Trophy, Cooch Behar Trophy and many more such tournaments. A total of more than 90 players from our various centres are realizing their dream. All these numbers are a testament to our success as a cricket academy.”

Talking about the technological advancement in cricket, he said, “Technology in cricket is now an integral part of the game. That’s why at CAP, we have modern cricketing technologies like PitchVision and Stancebeam, which tracks students’ performance in real-time via a cutting-edge technology program. These technologies close the gap between the Pathan brothers, coaches and the students.”

Cricket Academy of Pathans (CAP) plans to expand across India in another 15+ cities, including Srinagar, Gulbarga, Salem, Berhampur, Kolkata, Bhubaneswar, Cuttack, Coimbatore, Visakhapatnam, Palghar and Amritsar by the end of 2022.