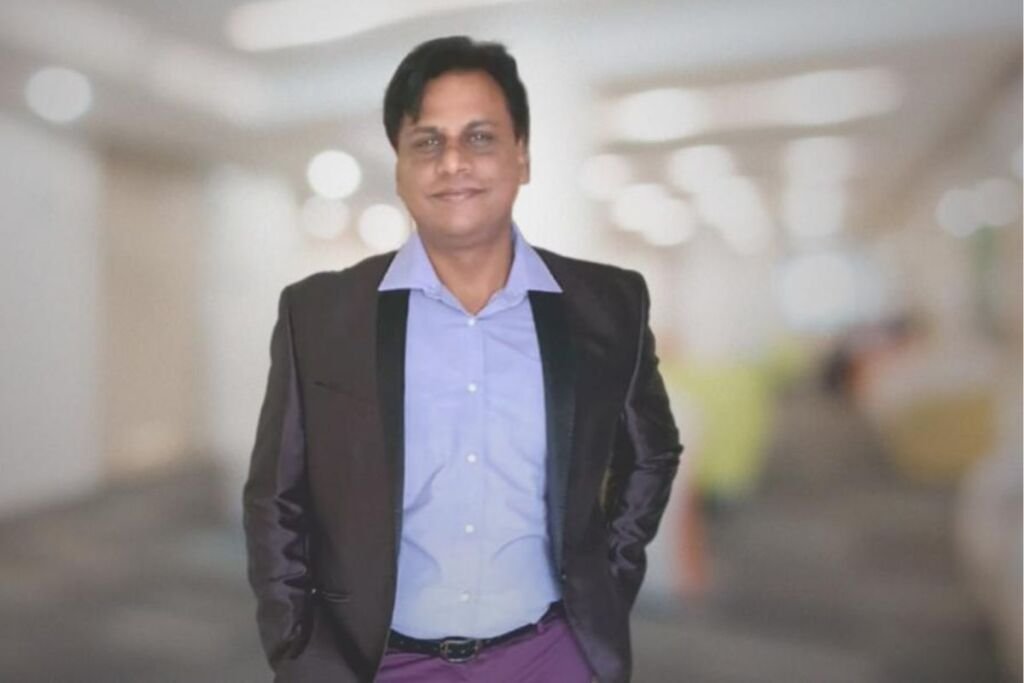 June 30: To bring the change first one has to be the change. Dr. Sanjay Mishra is a name who needs no introduction; heis an innovator in the healthcare industry of India. Born and brought up in the city of dreams-Mumbai. He became interested in the health care field at a very early age and he spent considerable time in his childhood studying the human body and medicines. He was attracted to the idea of helping people with physical problems in times of emergency. However, in time ‘ambulance service’ became the logical focus of his attention for several reasons. He grew up in circumstances that provide a classic example of the frequent disparity between emergency and reality. The truth is that the idea of becoming an ambulance service provider has probably been gestating within him in some form or other. Meanwhile, He pursued his medical career and education in the best medical colleges and universities in India.

He started his career as a doctor in one of the finest hospitals in the year 2000. In that year itself after several months, he started an exclusive fully-equipped road ambulance service company with state-of-art technologies and facilities like ICU, Ventilator, Paramedic staff, and Doctor-On-Board for the first time in Mumbai. The challenging problem was there were no ICU ambulances in Mumbai during 2000, only high-operating hospitals used to have Cardiac Ambulance. Dr. Sanjay Mishra was the first to coin the concept of ‘ICU Ambulance’. On the other hand, there were no private ambulances available and this is how he got the idea of starting private ambulance services for the first time in Mumbai. So, He launched ‘Private ICU Ambulance’ and ‘Private Cardiac Ambulance’ at affordable rates and built a chain of multiple ambulances according to the needs of the patients. The next challenge was to spread awareness about ‘ICU Ambulance and how it was vital in the life-saving process. Though this all was challenging, he did not give up. In fact, he used to explain and elaborate ‘What is an ICU Ambulance?’ to doctors, staff, and patients personally. He used to go onboard and shift patients from accident spots to hospitals when he was off-duty.

Being a doctor, the only important thing for Dr. Sanjay was to save lives at any cost and seeing the numbers of casualties due to geographical restrictions wherein patients could not be transported on time motivated him to explore the miraculous invention of air ambulances. He started the implementation and execution under the guidance of a senior doctor. He used to shift patients from Mumbai to Delhi on aircraft as an onboard doctor.

During the Tsunami of 2005, for the first time in his career, he rescued a public-spirited senator stuck and injured in Andaman and Nicobar Islands, India and relocated him to his homeland – the USA in an air ambulance. This achievement marked the threshold of his pursuit in the air ambulance industry. He was all set to start a revolution in this newborn industry. After then, In 2006, he worked for myriads of medvac aviation companies all over India to gain experience and industry insights.

Down the line, his experience and talent enabled him to establish his own fully-fledged air ambulance company, ‘Air Rescuers Worldwide Pvt. Ltd.’ in the year 2007. He bootstrapped his venture without seeking any help from investors for funds.

During the tragic Iraq war of 2014, Dr. Sanjay was the man behind the evacuation of Indian casualties from Iraq airport. Continuing his bravery and gallantry stories, He also rescued many Indians during Afghanistan War.

This is how Dr. Sanjay revolutionized the entire ambulance service industry during the 2000s with his innovation and high-visionary mind.

His future vision is to build a hyper-connectivity between the spectrums of major cities in India that have the capacity to inhabit 6 to 7 private air ambulances in order to make this service affordable for the common man in India and simultaneously make it cost-effective and speedy. He also aims to launch an air ambulance with two stretchers which will increase the patient carrying capacity and consequently reduce the cost of transit.

By assessing difficult situations from all relevant perspectives and working to integrate the knowledge he had gained from exploring narratives, he has begun to reflect upon the impact of Air ambulance can have on medical care.

In a world that has become increasingly data-driven, where patients can so easily devolve into lists of numbers and be forced into algorithmic boxes in search of an exact diagnosis, Dr. Sanjay’s medical background has taught him the importance of considering the many dimensions of the human condition and clinical care.

He wants to learn to build and lead patient care teams that are oriented toward fulfilling these goals, creating an environment where family and clinician needs can be addressed efficiently and respectfully. Now, he owns and operates a wide range of companies providing a spectrum of ambulance services all over India and abroad with a team of 380+ employees. He is the Director of ‘Air Rescuers Worldwide Pvt. Ltd’. As a company, they have catered their aeromedical services to 10,000+paitents across 150+ countries. They contribute to 40% of total air evacuation operations in India.

He set benchmarks for unparalleled service and coverage anywhere there is a need for air evacuation. He is a silent player in this industry who believes in the philosophy of “Work hard in silence, let your success make the noise.”   And he continues to provide his service to society for more upcoming years.