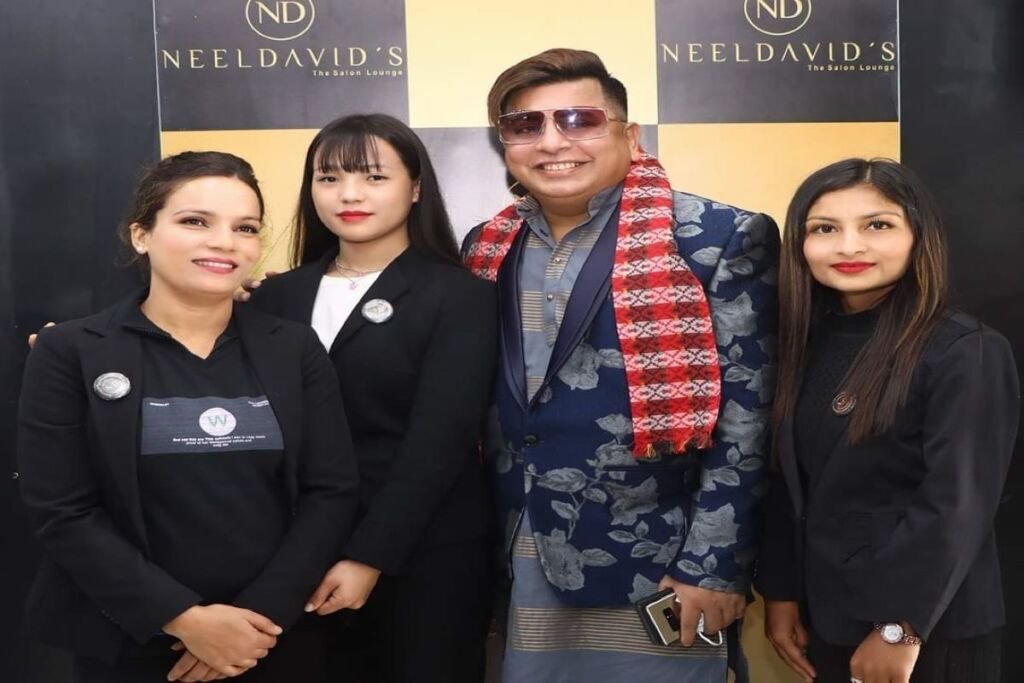 January 21, 2022By dsprime2 Comments on Neel David Salon is all set to make a hat-trick by launching three franchise outlets in the upcoming ten days January 21: Hairstylist/makeup artist Neel David Katwal, a renowned Nepalese hairstylist/makeup artist, is set to open three new franchises in India in the coming ten days. The internationally acclaimed hairstylist’s struggle of coming out from Jhapa, a small village of Nepal, to become an international Hair Stylist has inspired many youths to come out of their comfort zone and do something great in life.

Neel David Salon and Academy have attracted many investors from India, which prompted him to decide to open three franchise outlets back to back in different parts of India.

Neel David launched his outlet in Chandragadi, Jhapa, Nepal, on 19th January. He is to be back in India on 22nd January for the grand opening of his franchise outlet in Amritsar, Punjab. It is the first time Neel David is expanding his Franchise outlets to Punjab. The grand launch will be held at Ranjit Vihar Lakhara Road, Amritsar, Punjab, on the 23rd January 2022. Mr. Omkar Singh and Mr. Jetandra Singh, two renowned investors and franchise owners, will grace the event.

Neel David’s next destination would be Kolkata, to inaugurate another franchise outlet at Gobardanga, North 24 Pargana, West Bengal. He will reach Kolkata on 27th January, a day before the inauguration. The grand opening is set to be on 28th January.

Tier 1 is the premium model that starts from 1500 square feet. It is also known as Neel David Salon Lounge, where investors are welcome with more than thirty lakhs investment.

Tier 3, also known as the mini model, has been named ‘Kesh-the hair stop,’ and its area ranges from 300 to 600 square feet. The investors are welcome here with an investment that ranges from 12 lakhs to 15 lakhs. Additionally, investors can also have their setup. Besides this, Neel David has an Academy model where investors can invest from 15 to 18 lakhs.

Neel David, the man with a golden heart-

Neel David is an internationally certified hairstylist and fashion designer who has overcome all the barriers and has set a benchmark. In an interview, he detailed his struggle to come out of a small village in Nepal and become a celebrity stylist. His success has not stopped him from motivating and helping needy people.

David Neel David has decided to launch his foundation, where he and other professionals will offer free hair and makeup training for students who want to grow their careers in this field. He declared to select 100 students, 50 from India and 50 from Nepal, who are underprivileged and cannot afford their fees for the course. Additionally, he said that he would support any talent unable to advance due to poor financial circumstances.

The Neel David franchise model started in 2014, and within a short time, he has grown enormously, breaking all the barriers. His recent exclusive Salon located in Planet Mall, Siliguri, is a premium Tier 1 model of his brand. His Salon has fifty branches across India and Nepal. Due to pandemics, he was unable to launch more than a hundred outlets by 2020 and wisely decided to delay it. Pooja Verma and Deepak Verma are franchise owners of Neel David salon chandragadi Nepal Franchise outlet.

With his tireless efforts, Neel David has succeeded in attracting investors worldwide. Many people have praised his work, including his customers, investors, and celebrities. Mr. Katwal waived off all his royalty during the lockdown as he wanted to work as a family and support each other at difficult times. He decided to support each other and help each other to boost the business. For more information, please visit http://www.neeldavidsalon.com/