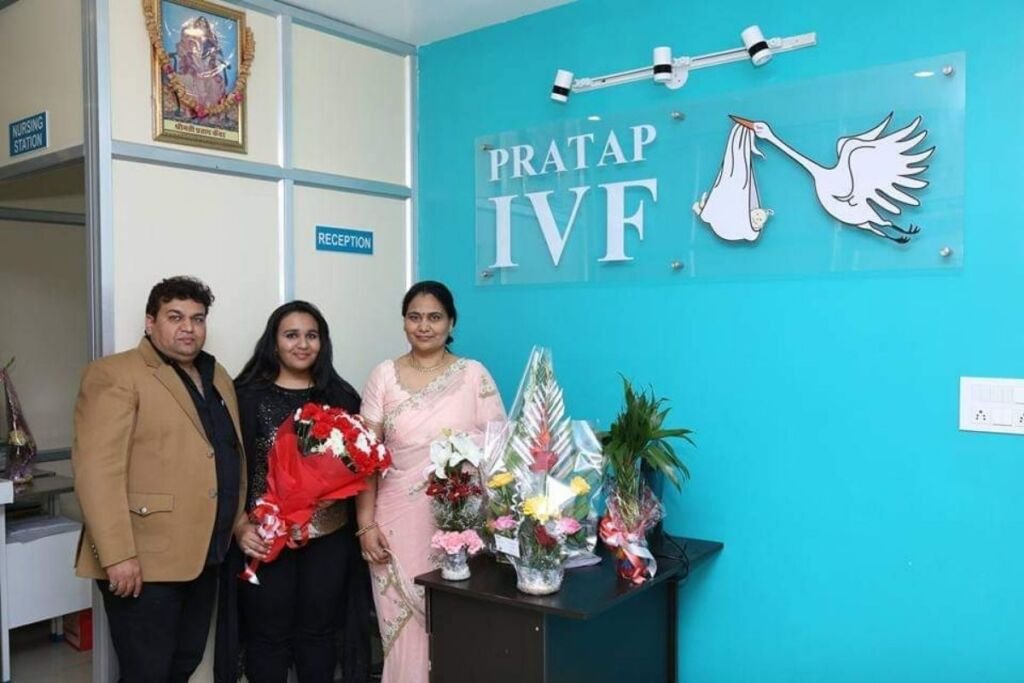 February 23, 2022By dsprimeLeave a Comment on Pratap IVF brings hope for 2.6 million childless couples, who were not able to get IVF treatment due to financial reasons February 23: Doctors and hospitals are the reason why humankind is alive and are able to recover from pain and trauma. Doctors themselves are called god’s shadow, and this fact cannot be denied that only because of doctors humans are evolving. Today we are coming with a story of one such hospital PRATAP PRASUTI GRIH and some dedicated doctors behind this successfully growing hospital.

Pratap Prasuti Grih Hospital was established by Dr. Puspa Tanwar (gynacologist) in year 1980 in Bikaner, Rajasthan. Many of you might not be familier with term Prasuti, which means delivery of baby in Sanskrit. It was the very first hospital of Bikaner,  for women`s well being and welfare. Before this, this city was dependent upon only government hospitals and the doctors used to go to home of the patient for deliveries. But there was high maternal and child complication rates in hoe delivery. So Dr. PushpaTanwar decided to provide this facility in a private hospital. This was the very first Women`s Super Speciality Hospital of this region. In year 2001 Her Son & Daughter in Law Dr Vikram Singh and Dr Suman Kanwar  decided to come back from Europe and joined her. In 2003 it was decided to start a  IVF center in Bikaner, Rajasthan, as PRATAP IVF. This  was the very first IVF center of Bikaner region. It got very good response from the people all over region. In 2017, After viewing need of IVF for a common man in the field of medicals, government of rajasthan decided to sign a contract with Pratap prasuti grih to operate and to establish IVF center in district government hospitals. It was the big opportunity for the hospital as they got the government authorized work for spreading their work and for betterment. Fortunately, the district hospitals of government were in collaboration with government medical colleges which gave them a wide area and huge network to grow and work on. This was the turning point for the Pratap prasuti grih .

The first contract of the hospital was with SMS medical college, Jaipur in Jan 2018, in Hari Baksh Kanwatiya Hospital, Shastri Nagar, Jaipur.

Second was with S P Medical College, Bikaner and the center started in Satellite Hospital right in the heart of the city. The third one was started in Mother and Child wing of SK medical college, Sikar. The fourth one was Rajkumari Amrit Kaur hospital, Beawar, district hospital of Ajmer. These all collaboration was under Rajasthan government supervision and authority.

From since, they have been working in these districts of Rajasthan to provide  proper IVF facilities  in the government hospitals. Their successful chances of IVF has been 70-75% which has built the trust among the desired ones who visits the hospital.

The head of the hospital, Dr. Suman Tanwarsays that, it is very important to build trust among the patients which releases positive hormones in the body which results in positive IVF. He said, “our hospital has been giving better results than many of the other private hospitals”. Pratap IVF has been doing this treatment at very low and affordable price and even less than some of the renowned private hospital with same or almost same successful rate. Pratap IVF claims to be the most affordable IVF treatment provider across India. Speaking on this, Dr. Vikram said that, most of their patients are from middle class family. Also only 1% of Indian population has access to IVF treatment due the cost involved.  So, to make IVF affordable, they have been doing this.

There have been lot of people who have worked hard to establish this hospital and to make it successful.

The first one is Dr. Puspa Tanwar, who left her a settled government job to set up a very first private hospital of the city.  She is a Gynaecologist and has MS degree in gynaecology. She is from  1961 batch of Sardar patel medical college. Apart from this, she has been doing Laparoscopic surgery and has experience of more than 50 years.

The second name that comes in a row is of Technical director of Pratap IVF, Dr. Vikram Singh Tanwar. He is also from Sardar P Medical college, 1987 batch, Bikaner. He has done DNB (diplomate of national board) in surgery. He also got trained  Europe for five years in VATS ( Video Assisted thoracic surgery). He has also been trained as an embryologist from Chennai.

Dr. Suman Tanwar , the wife of Dr. Vikram Singh Tanwar, who also went to Europe for five years for training in IVF, has done MBBS from Rohtak and done D.N.B in gynaecology. She has been doing  IVF in India since 2003.

Apart from these specialists, there are a lot of doctors and IVF Technicians who have made this graph of success grow steeply. They have balanced the trust of people in government hospitals with their dedicated hard work and experienced hands.

Dr. Vikram Singh Tanwar replied a simple answer that he and his team wanted to give the best treatment at an affordable price and wanted to remove the taboo from the society about IVF by spreading positive results.

He said that PRATAP IVF would be coming in many other states on the Franchisee business model very soon.